Grady Booch on the Future in Software Engineering

I was privileged to hear Grady Booch deliver a keynote on the Future in Software Engineering. Here are my notes of some important statements and interesting soundbytes. 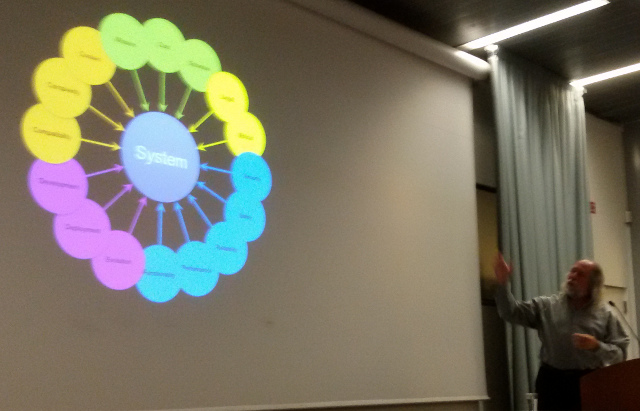 Grady continued by offering some important challenges for our field.

The keynote finished with the following statements and a well-deserved standing ovation.