I've seen big variations in interactions of similarly interesting (to me at least) tweets that I send, and I think that a deciding factor is the day or the hour I send them. Although there's plenty of material on the web on this topic, as you will see below, personalized results can capture important factors associated with the realities of global interactions.

To get a data file containing my Twitter interactions,

I then used the following R script to draw bar charts of the activity. You can download it through this link. 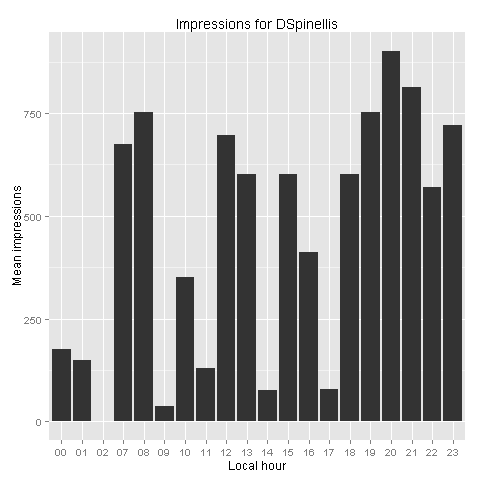 Interestingly, before I adjusted the script to deal correctly with daylight savings time, the peak times were much less pronounced, suggesting that the peaks are affected by our civilian time activities, rather than those associated with astronomical time.

@CoolSWEng is a new account I started for tweets regarding my scientific and professional activities, in response to the @DSpinellis changing focus. 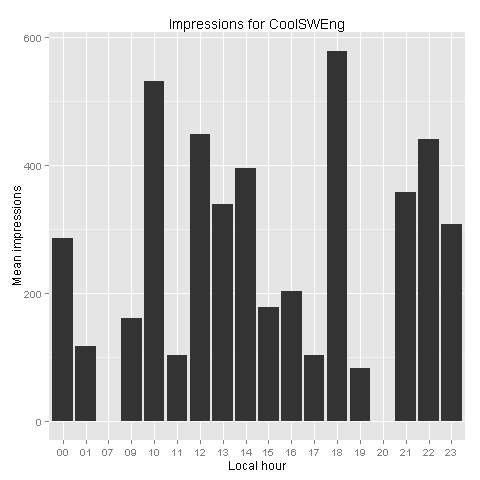 @IEEESoftware is the account of the IEEE Software magazine, for which, as its new Editor in Chief, I would like to see more engagement with our community. 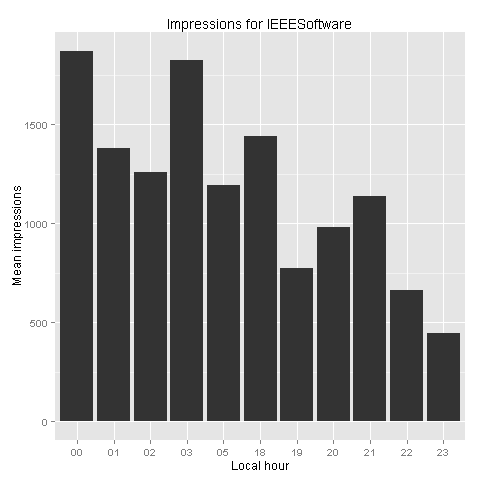 As you can see there is a two hour shift to the west between the @DSpinellis and the @CoolSWeng account, reflecting, I think, a corresponding shift of followers to colleagues living in the Central and Western European times. The IEEE Software pattern shows a restricted set of hours where tweets are posted and a more global audience.

In case you're interested here are also the corresponding day-of-week charts. 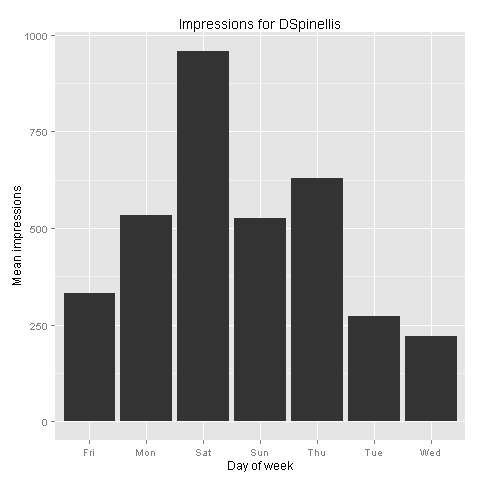 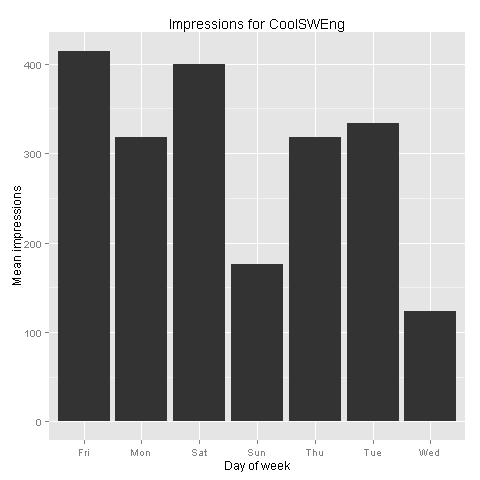 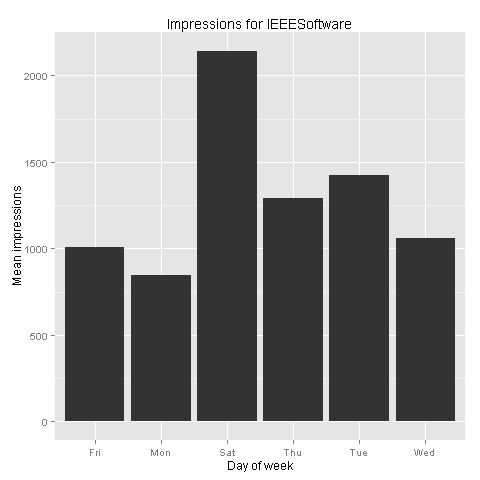