Over the past couple of weeks colleagues and friends I encounter in the hallways or at various meetings have been commenting about a small video I posted on YouTube. This video, titled Information Train, describes a demonstration experiment I performed at an event whose aim was to familiarize children with science. Often this video is the first discussion I've ever had with a colleague regarding my work. This struck me as odd, because I consider other parts of my research a lot more significant that this experiment. However, a look at the number of downloads of an article we recently published in the (highly regarded) ACM Transactions on Software Engineering and Methodology (TOSEM) and the views of the YouTube video proved instructive. 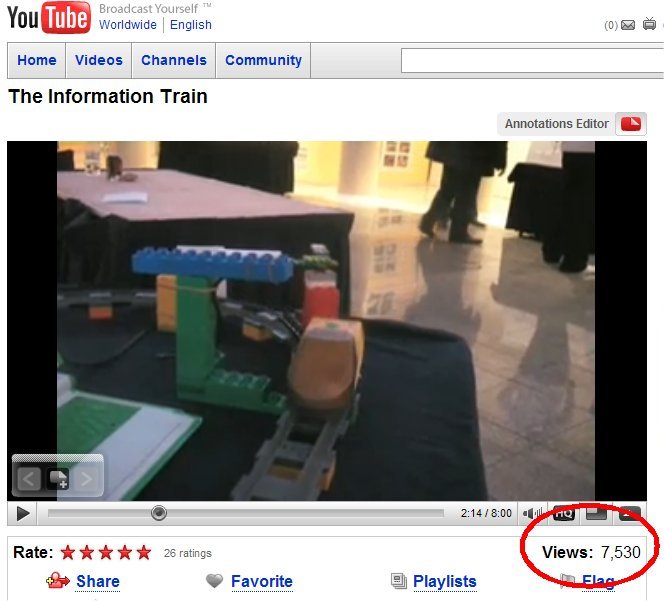 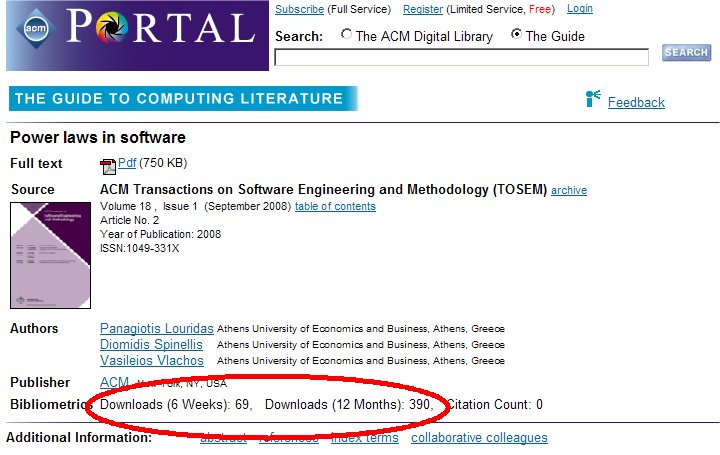 One explanation for this difference I came up with, is that the article concerned an esoteric subject and was published in a specialist journal. However, a look at the download figures of another article on Wikipedia's collaboration patterns we published this summer in ACM's flagship magazine Communications of the ACM indicated that this was not the case. 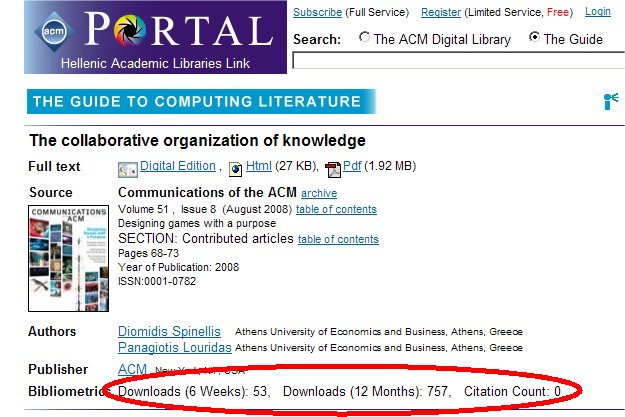 I guess the most likely explanation for the order of magnitude difference between the video views and the article downloads is the power of the TV as a communications medium (called a medium, according to Ernie Kovacs, because it's neither rare nor well done.) Another factor is possibly YouTube's superior marketing machinery. The ACM digital library targets primarily the captive audience of academic libraries. In contrast YouTube has to hunt eyeballs, and it appears to be succeeding handsomely.

Does this mean I'll stop publishing research in high-brow journals and shift my energy to the making of popular YouTube videos? Not likely. However, next time I'll want to widely disseminate something, I'll definitely consider video as an important option, and I won't be tight-fisted on the effort required to produce it.