The Psychology of the AWS Outage

Unless you've been living on another planet, you're certainly aware that over the past couple of hours Amazon's AWS S3 service has experienced a serious outage, which has affected thousands of sites and services around the world. For reasons I will elaborate in this post, the coverage of this outage has been blown completely out of proportion. So, what's the difference between the perceived risk associated with the AWS outage and the actual risk of this outage?

First, the IT operations reliability that most organizations can achieve is far lower than what Amazon is delivering, even taking into account today's incident. Two hours of downtime per year translate to a 99.98 availability, and this is without taking into account that AWS has not had similar large-scale incidents in the past years. Amazon is claiming up to 99.99% availability, which means it is not designed to surpass that figure. Those claiming they could do better, are deluding themselves and probably also misleading their employers or clients. 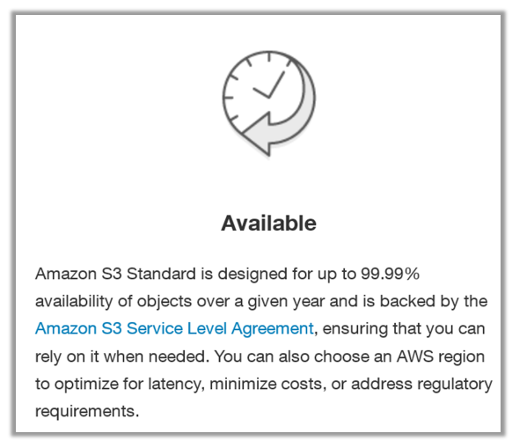 Second, modern computing environments are incredible complex hardware and software stacks. Keeping a production environment running reliably requires many dedicated well-paid specialists ranging from network experts, to kernel gurus, to C++ wizards. It also requires top-notch vendor relations that can give you access to real engineers rather than help-desk psychotherapists. On a 24 by 7 schedule. Satisfying this requirement is becoming a tall (expensive) order, even for large-sized organizations.

So why is the AWS outage a big deal, whereas when you bank's data center experiences a planned or unplanned night-long downtime this is less of an issue? To understand this, look at how Bruce Schneier explains the difference between the perception of risk and the actual reality in his book Beyond Fear and in his 2008 essay The Psychology of Security.

Consequently, if you're wondering why the AWS outage is such big news, the answer is simple: human psychology.