Earlier today the Athens State Orchestra played the Symphony No. 3 in C minor, Op. 78 by Camille Saint-Saens, which is also known as the Organ Symphony. The French organist and composer Thierry Escaich was supposed to play the organ. There was a slight delay at the beginning: a lady appeared on stage and explained that there were technical problems with the organ's "brain".

Although the Athens Concert Hall pipe organ is wind-driven, apparently it is electrically-controlled and computerized. When the orchestra finally started playing, it was apparent that something was still wrong. Escaich was continuously fumbling with a key on the right hand side, a light at the organ's pedals kept turning on and off, and no sound came out. At some point, Escaich stood up, took the music sheet, and slowly walked toward the grand piano, where two players were sitting to deliver the four-hand passages. 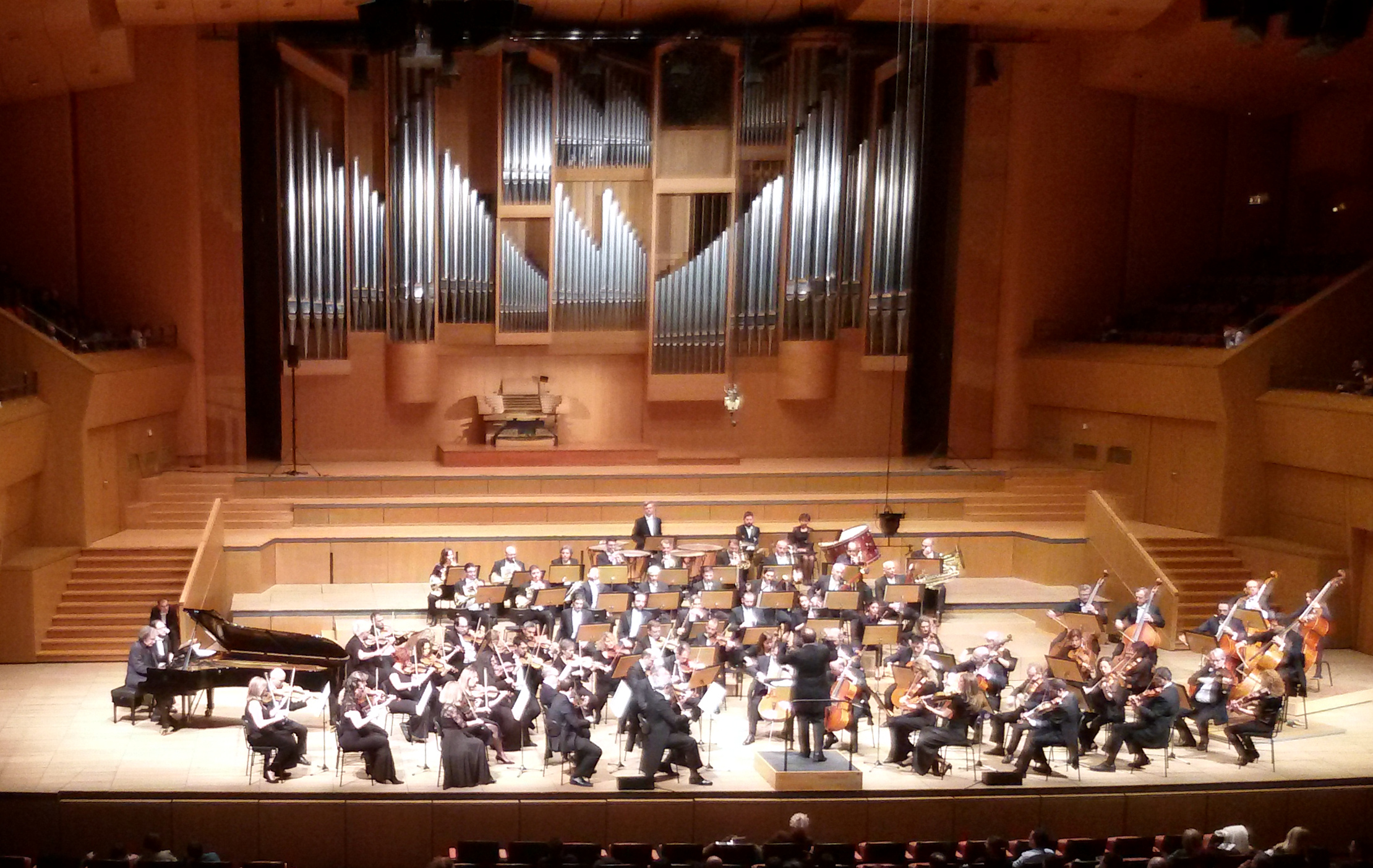 Escaich motioned one of the two players to move aside. The player stood up and graciously went and sat on the steps of the stage's stair. As you can see above, Escaich then took his place and started playing the organ passages on the piano. It was difficult, and it was apparent he was trying very hard to improvise and deliver the piece's passion and feeling through clearly inadequate means. Later on he expertly synchronized with the two players to switch between the organ passages and the four-hand part.

Although the performance left a lot to be desired, it was an unforgettable demonstration of the pitfalls of modern technology and an inspiring display of human flexibility and ingenuity.