I can still remember the weight of the Lancia Stratos car that featured in the Top Trumps cards were playing as children in the 1970s: 870kg. It was the lightest of all the flashy cars in the set, and therefore a much sought-after card. Other card sets that kept us busy included airplanes, motorcycles, and tanks. Through them we learned tens of useless trivia, but also got a feeling of the compromises inherent in engineering. Wondering whether I could leverage such a game to make it even more educational, I created a set of trump cards containing properties of chemical elements. 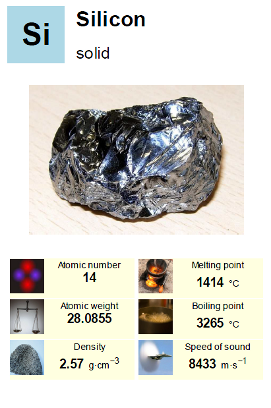 If you don't know the game, here's how it's played. The cards are divided among the players. The player who starts the game reads a number from the card on the top of the deck (e.g. "atomic number 6"). The largest number (or the smallest number for the atomic weight and density) wins, collects the other players' cards, and puts them at the back of the deck. The next number is read by the turn's winner. The player who collects all the cards wins the game. The Wikipedia article Top Trumps contains more details.

I selected the 36 elements of the set based on their commonality on Earth. I also added some more exotic elements that children would like to know about, like gold, silver, platinum, mercury, and uranium. I got the elements' properties and their pictures from Wikipedia; a truly marvelous resource. Some properties of some elements were missing. Where possible I searched other sources, and amended the corresponding Wikipedia articles.

Deciding on the technology to use for creating the cards was an interesting design choice. I could go the imperative route and write a program in Processing or Postscript to lay out the cards on paper. However, I felt that the composition would prove burdensome and tricky, forcing me to think about details, like page margins, that weren't contributing to my end goal. Another option I considered was to compose the page in LaTeX. However, I reasoned that the task was highly specialized, and would require LaTeX wizardry than was beyond my expertise. I thus narrowed down my choice to HTML and CSS.

The choice allowed me to easily try out various layout choices, simply by changing the CSS part and reloading the page in the browser. If I had used one of the other alternatives, I would have to regenerate the pages from scratch each time. A disadvantage was that controlling the layout of the final page turned out to be browser and paper size specific. For this reason, I generated PDF files and made them available through this page. 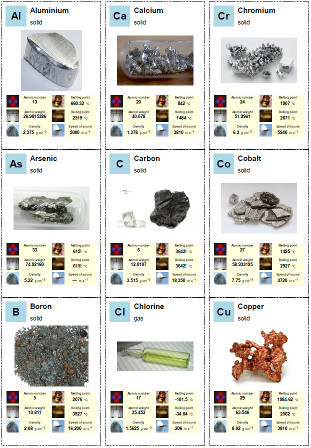 If you're only interested to play the game, download the PDF file for the language you want through this link, print it on cardboard paper, cut it, and enjoy! I've also released the project as open source software with an Apache license. You can find the code on GitHub through this link. Feel free to clone it to create other educational trump cards, or to localize it for other languages. I will try to respond to pull requests that concern localization, as well as other educational applications based on properly licensed and attributed material. This means that if you decide to create cards for, say, animals, be sure that the text and pictures come from sources with a Creative Commons license, and that the end-result contains the appropriate attributions.