Over the past few weeks I updated the Antikythera mechanism emulator I built in 2007. I was preparing for an invited talk on the subject, which I'll give at the 2009 USENIX Annual Technical Conference, and for this I wanted to include in the emulator the new findings recently published in Nature. 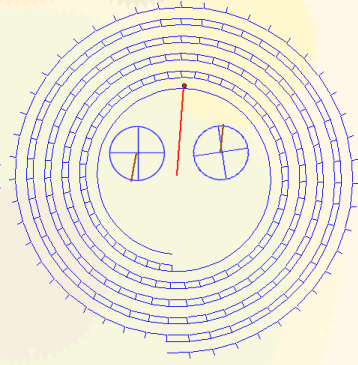 This update includes the following changes.

I had barely touched the software and the Etoys environment for almost two years. Despite this, I quickly found myself at home. Implementing the changes proved remarkably straightforward; a tribute to the versatility of the Etoys environment. I also tested the software under Version 3.0 of Etoys, and, despite my fears, it worked fine. Read and post comments.
Tweet
Share
Navigation
blog contents
dds blog
dds home
comments
« A Bug Creates Art
» Software Architecture Challenges in the 21st Century