Today I was invited to contribute to the European Commission Information Society's public consultation that will be used to draft (in the Commission's words) a new strategy for ICT research and innovation aiming is to put European ICT industry, especially SMEs, to the fore of the race for global competitiveness. I believe that the Commission's approach towards research planning and funding is fundamentally wrong. 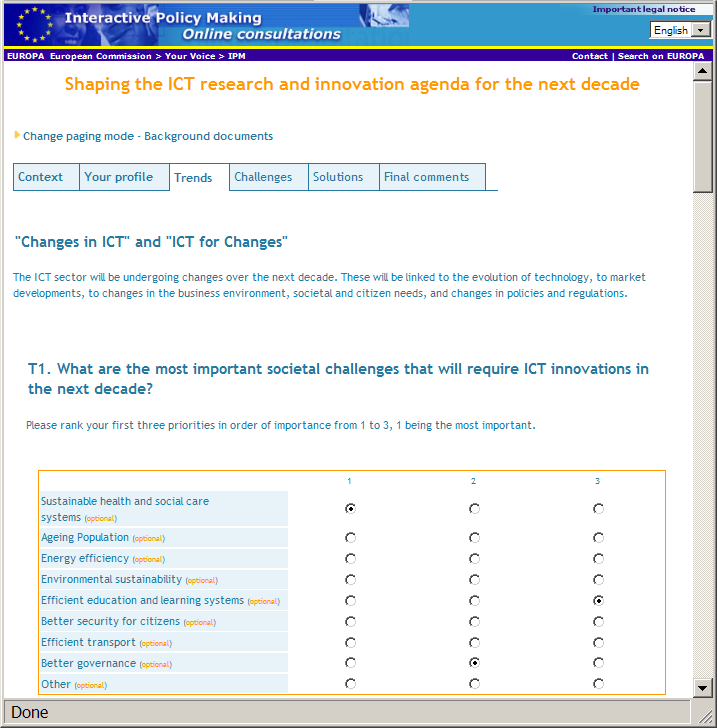 The way the consultation is set (looking at trends, challenges, and solutions to shape the ICT research and innovation agenda for the next decade) frames research policy towards medium term central planning, without considering whether this is the right paradigm for fostering progress. Centrally-planned, agenda-driven research seldom delivers tangible results and often squanders money. As an example, consider Japan's "Fifth generation computer systems" project, which, despite generous funding, was overtaken by the market and failed to meet its goals.

In contrast, investment in people, facilities, and funding with few strings attached, as happened in the heydays of Bell Labs can bring spectacular results and spillover effects. Some of the scientific and engineering advances made at Bell Labs include radio astronomy, the transistor, the laser, information theory, the UNIX operating system, and the C programming language. In total six Nobel Prizes were awarded for work completed there. A fundamental part of the Bell Labs culture was to allow researchers to blaze their own path. This is the exact opposite of EU's research funding policies, which set out detailed goals (through processes such as this consultation), and then even micromanage the research through detailed descriptions of work, work-packages, deliverables, time-sheets, and financial audits.

From antibiotics, to X-rays, to the world-wide web, we've seen that serendipity is often behind scientific progress. Detailed planning and steering of research is more likely to lead to missed opportunities as scientists struggle to follow plans that may not be relevant by the time funding materializes, and distracted from following more worthwhile directions. The (relative) agility of the team that developed Unix allowed it to run circles around their Multics cousin. Let's hope that in the future EU research funding is directed more towards scientists who deliver results, and less to micromanaged research projects planned to address yesterday's needs in a 24 month timeframe.