Malware on the Fly

Apparently, rogue servers listening on the p2p Kad network intercept the search terms of queries and generate on the fly appropriate file names linking to files that contain malware.

For a example, a random search term, like "give me malware", will return the following file names.

As the image below demonstrates, the availability of these files is also doctored to look artificially high. (Yes, I know that one shouldn't use unknown servers.) 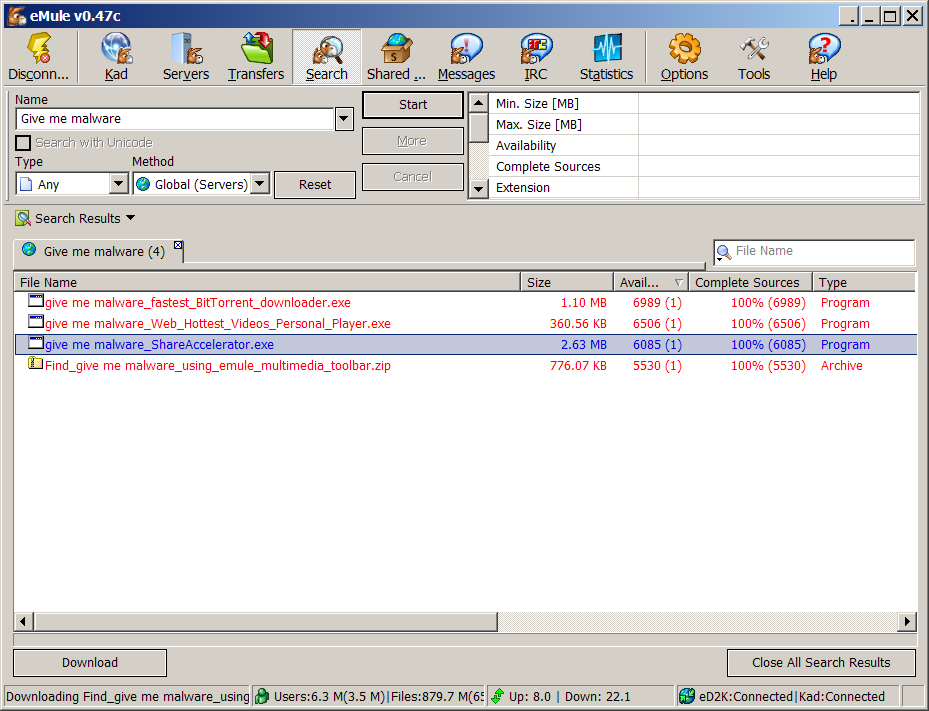 According to Avira, the two malware programs were added to the definition file on February 5th, 2007.

Moral: malware writers are getting increasingly sophisticated; antivirus programs are trailing behind.

Read and post comments, or share through
Navigation
blog contents
dds blog
dds home
comments
« How to Embed Citations in Diagrams
» A Peek at Beautiful Code